Aberdeenshire Council and The Scottish Government are desperate for Donald Trump’s investment as demonstrated by the overturning of the original planning committee's decision to reject the plans for the golfing resort and the current “last resort” threat of compulsory purchases on those residents who do not want to sell.

It is not enough just to build it.

However for Donald Trump’s International Golf Links to benefit Aberdeenshire and Scotland it is not enough just to build it. It needs to be a viable business in the long term otherwise it faces going the same way as the Aviemore Centre or becoming Scotland’s very own Millennium Dome.

The (white/ blue) elephant in the room in the debate surrounding this golfing resort’s future is the weather. Peterhead, just along the coast from Balmedie, is known locally as “The Blue Toon”. The name comes from the colour of socks once worn by the Peterhead fisher folk, but the common misconception is that it is actually called the “Blue Toon” because it is frequently very, very cold there. It is an understandable misconception because it is frequently very, very cold there. Billy Connolly has spoken about Aberdeen being Gaelic for “hyporthermia” when he talks of his Holidays in Aberdeen. (from 04:45)(strong language) 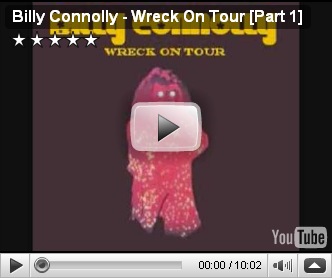 But Scotland’s existing links courses succeed despite the weather!

Scotland is of course famous for it’s historic links courses for example St Andrews, Troon and Carnoustie. You could argue that these courses have been successful despite Scotland’s famously inclement weather and you would be right but when these courses were established hundreds of years ago they did not face global competition from courses with weather with a cast 5 iron guaranteed to be excellent.

Leaving aside the obvious climate benefits of playing your golf in the likes of Florida, Spain or Bermuda lets look a bit more locally. Carnoustie is a Scottish championship course that appears geographically similar to the location of Trump International Golf Links. It’s on the east coast and not much more than around 60 miles away as the crow flies.

From the map it does not look like it would be significantly colder than Balmedie but when you check the met office average weather data (from as close as possible) from between 1971 and 2000 Balmedie is on average a full degree colder than Carnoustie. It is not coincidence that the established Championship links golf courses in Scotland are not as far North as Balmedie.

So why is the weather so important?

Trump International Golf Links is a massive development aimed at the luxury international golf market. Apart from the housing developments it has a huge 450 bed luxury hotel. The occupancy rate for this massive hotel is going to be critical to the resorts success as, at best, the golf is going to be highly seasonal because, you guessed it, of the weather. But even in the summer months you may well get a sunny day in Balmedie but it will still feel cold, more often than not very cold.

Will luxury golfers put up with the weather?

The target market for this resort can play their golf anywhere in the world. If, as promised, it is a great course they may well visit but will they return after spending a week being frozen and sand blasted by the wind tearing in off the North Sea?

You could go further that and say that the idea that people who can afford to to play golf anywhere in the world are going to choose to regularly do so in the teeth of a bitter North wind as it howls in off the North Sea with an accompaniment of sand, horizontal sleet, rain, hail and snow is frankly insane.

Trump’s team couldn’t miss the significance of the weather. Could they?

Now surely Trump’s team cannot have missed the significance of the weather.

Just have a look at the sketch of the proposed hotel. 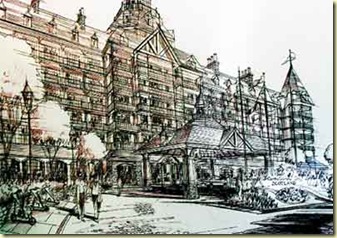 It is covered with balconies as noted by Neil Baxter, secretary of the Royal Incorporation of Architects in Scotland when he said,

"The continuous ribbon of balconies all the way round means that on occasion when the sun comes out in Aberdeenshire the hardier breed of golfer we are producing will be able to sit out in sub-zero conditions with a gin and tonic."