What do Republicans , Jihadists, Peaceniks and Socialists have in common? 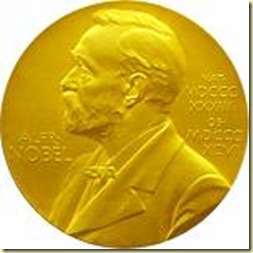 They all don’t think Obama should have received the Nobel Peace Prize.

Having looked at the the round up of reaction from world leaders and international organisations polybore was struck by what unusual bedfellows those who have criticised Obama’s award of the Nobel Peace Prize make.

When you look at the world reaction at a State or organisational level it is notable that those who most stridently criticise the award to Obama are Peaceniks, Islamic fundamentalists and the Republican Party. The Taliban, Hamas, Islamic Jihad etc etc all sharing the sentiment with the GOP that Obama did not deserve it.

Update. Today the list had to be updated when a World Leader, Hugo Chavez, entered the fray.

"What has Obama done to deserve this prize?”

Whatever happened to the bon ami of international socialism?

So the list now reads The Republican Party, Peaceniks, Islamic fundamentalists and Socialists.

Now that makes for one weird slumber party. Wonders will never cease.

Posted by polybore at 3:45 AM No comments: