There is a video circulating on the net of some community workers conducting a prayer meeting.

Some people are claiming that the prayers are actually directed to Obama not to God. Here is the original video and audio. 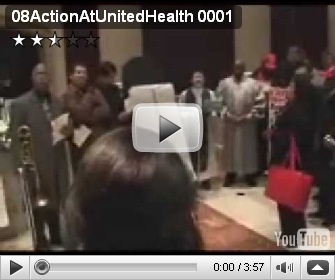 There is a lot of background distortion caused by the large room, ambient noise and sub broadcast quality microphone.

Now the human brain is a funny old thing and is susceptible to suggestion. You know like those court cases that fell through because someone said that if you played some bands record backwards you could hear a message.

These court cases always fell through partly because only people who had been told what to expect to hear could hear it. People who had not been told did not. It was just noise.

Anyway here is a section of the audio that has been passed through a filter to remove the background distortion. Make your own mind up. The full version is filtered for clarity for the crowd rather than the single speaker.