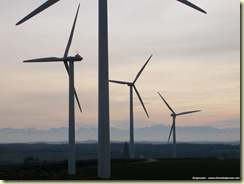 Ok you can’t fault the sentiment. All countries need to increase the percentage of their energy generated by renewable sources.

Unfortunately, when you do the arithmetic, the three year target for the US is clearly unattainable.

To put this into perspective, Solana (Arizona), the proposed world's largest Solar power plant is estimated to potentially be able to produce 900,000 megawatt hours (year).  http://www.azruco.com/APS_Solar_(08-0106)/APS_Application.pdf

In order to achieve this target the US would be required to build not just one huge solar power plant but about 332 of them plus the substations, pylons and cabling.

Obviously renewable energy is not just solar power however the example above shows how large (and improbable) the task is within the time frame.